13.05.2010
LUSAKA, May 13, 2010 () -- Bjørn Heidenstrøm briefs about the children he met in a refugee camp during his cycling tour from Norway to South Africa in Lusaka, Zambia, on May 12, 2010. Bjorn Heidenstrom, a former football player, sets out on a bicycle from Norway to South Africa in last June to raise awareness of suffering of refugees in the world as well as to collect signed football shirts from professional and amateur clubs in the countries along his route. He arrived in Zambia from Malawi and would ride to Botswana and later South Africa. 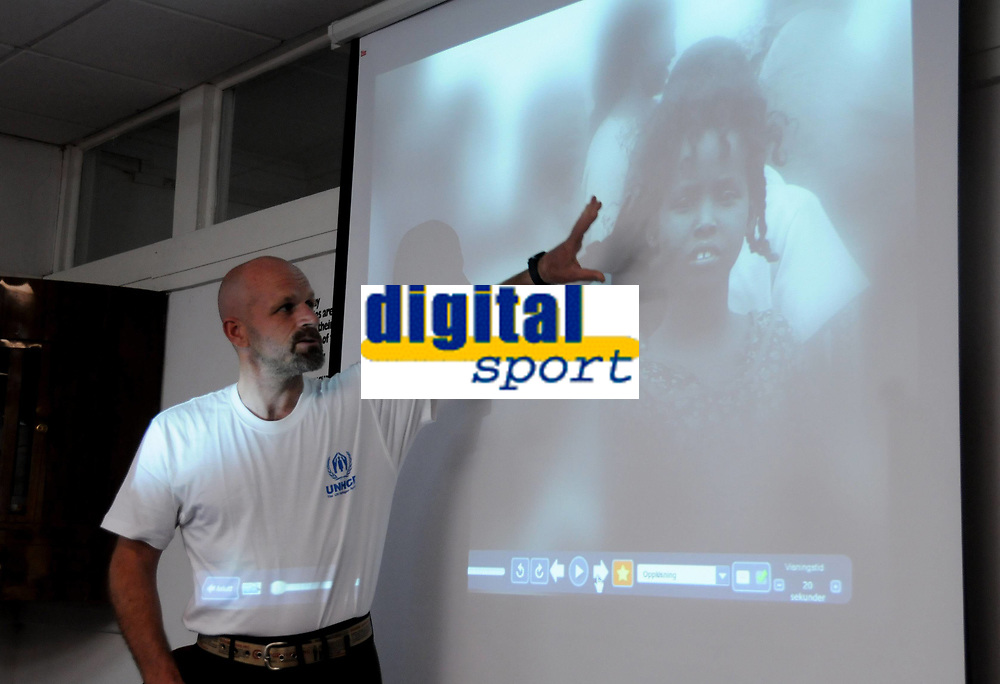