Close look of one of the podiums that will be used during the official medals ceremonies during Vancouver 2010 Winter Olympic Games on Feb. the 2nd, 2010, unveiled at the Main Press Centre. The individual and team podiums, 23 in all, have a fluid and organic design and each one is assembled from more than 200 pieces.The wood used to build the podiums was donated by communities, First Nations, businesses, and individuals across the province and each one of these podiums has a story to tell.
2010 OLYMPIC WINTER GAMES - UNVEIL OF VICTORY CEREMONIES PODIUM AND COSTUME DESIGNS -
02FEB10 - VANCOUVER, CANADA 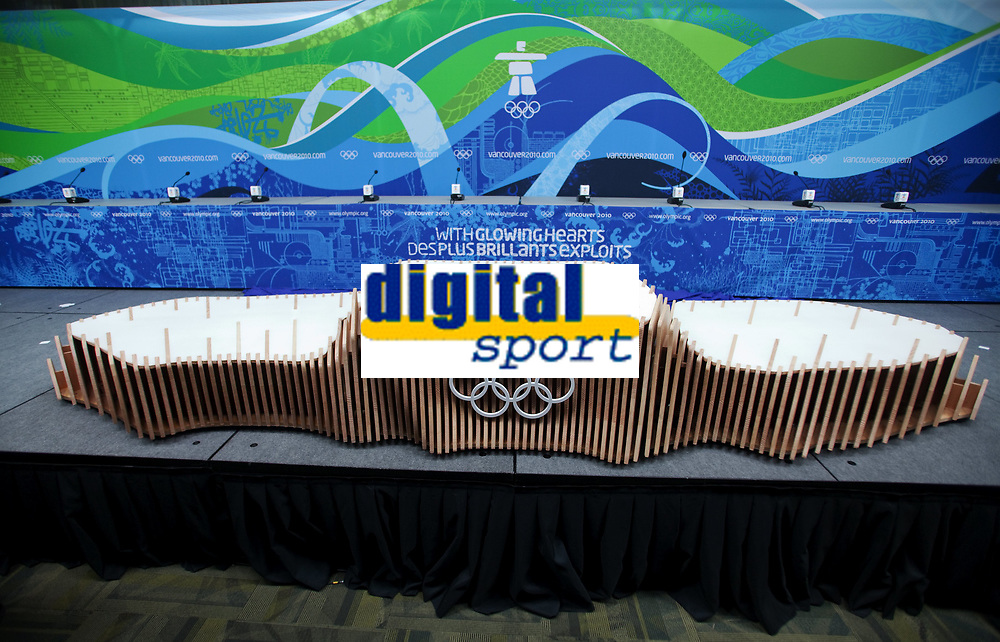