20100813: Tiago Manuel Dias Correia, better known as Bebe, has signed a five-year contract with Manchester United. The Red Devils have paid around 10 million euros to Vitoria Guimaraes. The 20-year-old forward was recommended by former Manchester United assistant coach and current Portugal head coach Carlos Queiroz. Son of Cape Verdean immigrants, the wonderkid was raised in the orphanage Casa do Gaiato for much of his life, and incredibly enough was also homeless for a while. He recently represented Portugal in the Homeless World Cup. He was spotted by third division Portuguese club Estrela Amadora. Just five weeks ago he signed for Vitoria Guimaraes on a free transfer after Estrela Amadora failed to pay his wages. Though he never made an official appearance for Guimaraes, his form in pre-season only confirmed United's assessment of the player. Bebe was also being closely followed by Real Madrid. **File Photo** 20100702: GUIMARAES, PORTUGAL - Vitoria Guimaraes vs Maritimo: Friendly Match. In picture: Bebe (Guimaraes). PHOTO: CITYFILES 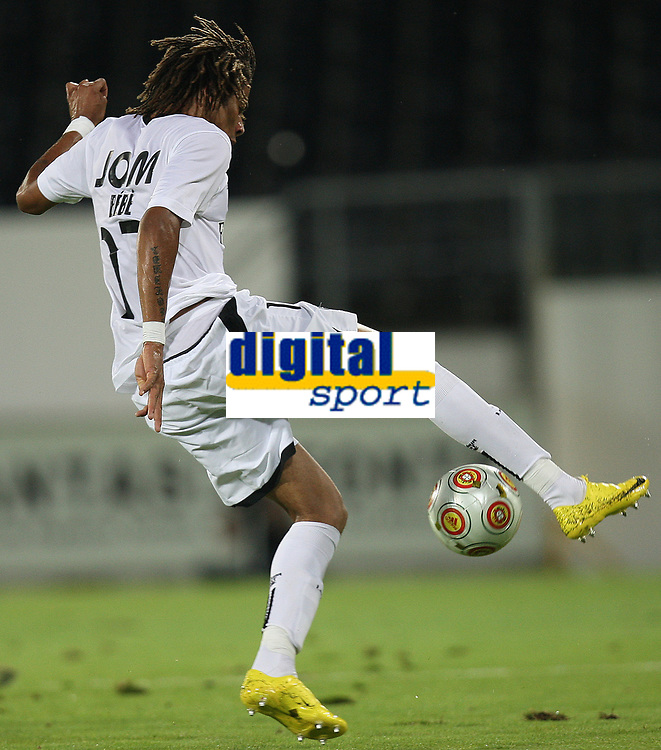